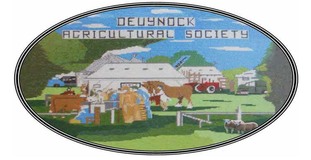 Devynock Agricultural Society was established in May 1865 and held its first show in Trecastle on 9th September 1965. The Society was called “The Farmers Mutual Association pertaining to the Parishes of Devynock, Llywel and Llandilo’r-van” and the objective of the Society was to promote and encourage the breeding of useful animals for Hill Districts. The early shows were held in Trecastle, Devynock and Sennybridge in rotation before moving to Llwyncytefyn Fields outside Sennybridge in 1908 (now the site of the Sennybridge Army Camp). This was the site until after World War II. The show was then held at Ynysyrwyddfa from 1948 to 1954 before moving to Trephillip in 1955. It remained here until 1960 when the show was moved to the current site, Dicksons Field.

Brecknock YFC held their County Rally on Dicksons Field in 1960 showing the potential of this field along with the adjoining Caerhaul field to become a good compact show field. Both fields are owned by the Abercamlais Estate and were rented by two stalwarts of Sennybridge Show, Teddy Jones, Penybont, and Will Price, The Lion. When approached in 1960, Mrs Balance and her two tenants readily agreed to allow the show to be held on the fields. The use of the Post Office plot was an added asset.

In 1969 the Show Office was located in a large room of the renowned cabinet makers in the High Street, Sennybridge, locally known as the CABS. A wooden Show Office was built at the entrance to the Livestock Market in 1974 with the present building being built by Gethin Jones. This was opened in 1992 by Col Roger Hayes, Show President.

The outbreak of Foot and Mouth in 2001 meant that all shows and sales of livestock were cancelled that year. On some occasions the show has been cancelled due to bad weather and even the as a result of the marquee being blown down in 2006.

The Society is indebted to all past Presidents, Chairman and Secretaries of the various sections for the contribution that they have made and for the legacy that we are fortunate to have inherited. They all pull together to act as a team to provide a truly good family day out on the first Saturday in September each year. We are equally grateful to our loyal sponsors, exhibitors and advertisers who continue to support the show every year. Above all we are fortunate to have the Penybont Family as our hosts since 1960. 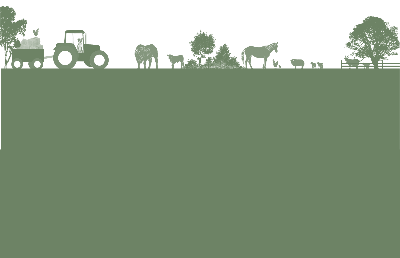